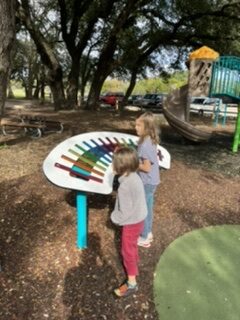 My kids don’t belong to me. They don’t belong to their foster family. They are not bound to their bio roots either. My kids belong to God. And my purpose in their lives is to influence their character, to help them know and love their Maker.

They have agency though. It’s God’s gift to humanity. They have to choose for themselves. Until then, I do all I can and then grant them and myself the freedom to just be.

When we realize what’s at stake, their eternal life not just this broken story, on earth, it really empowers me to be free of making this life perfect. It is not and it will never be. We all encounter some kind of pain in this life, as a catalyst to search for God. At least I’m not oblivious to that. On the contrary, I know one well defined brokenness we have to deal with, the pain of the past as is.

J did something that pushed my buttons a while ago. It must have had something to do with her integrity, character, trust. Most likely a blatant lie. But it caught me off guard because it became more difficult to discern the truth. And my fear of losing trust or my footing, or the confidence that I’ll be able to keep my daughter safe if I can’t trust her words. I told her I never lied to her and I never will. Unknowingly adults hurt me by telling me white lies and I became very suspicious of adults and their motives. But as I was sharing this, I told j I don’t want her to take the truth for granted because we’ve been hurt and out commitment to the truth makes her not appreciate it as much. In any case, I told her I will not let her slip into darkness. I will pull her up out of hell by her hair if necessary. She smirked at the imagery. She thought it was funny. You would? She asked. You bet! Not for my sake, but your, I won’t let you slip into hell. Not on my watch. Not while my kids are under my wing. The boundaries we learn to respect now are meant to help her have real freedom as an adult.