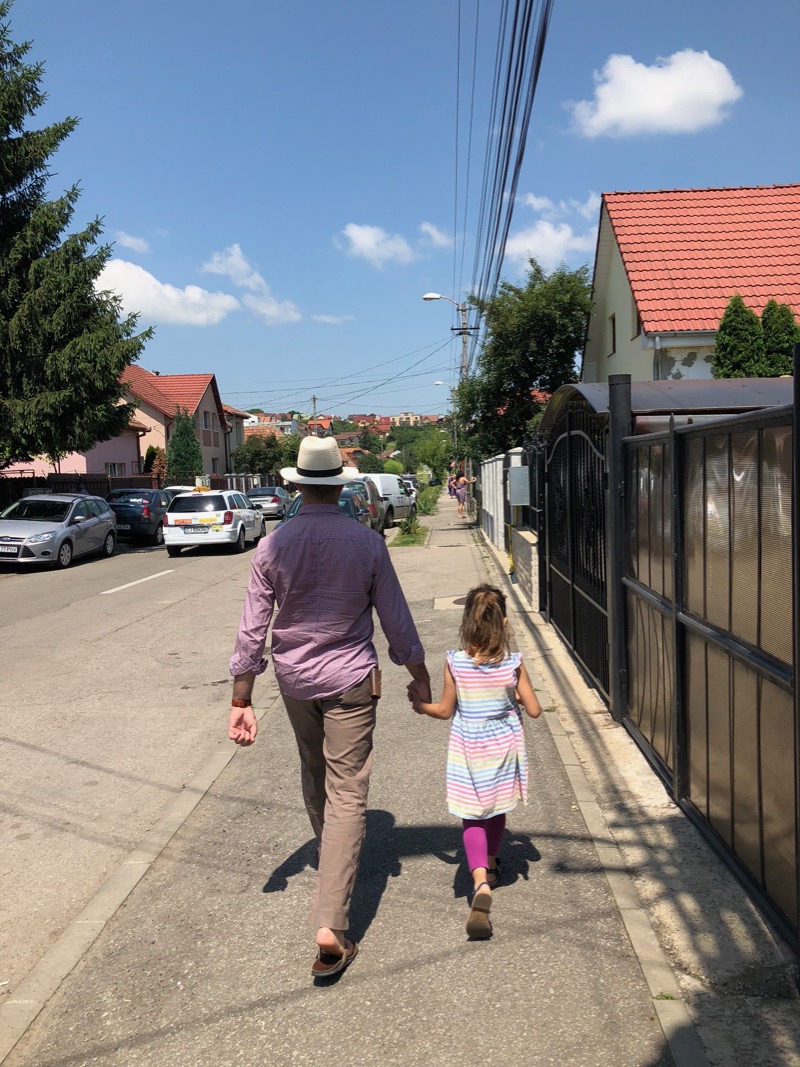 After feeling that I finally detached myself from the guilt of anger, I not just mustered the courage but I had the desire and drive to pick up and read the book “when parents get angry” by Carl Semmelroth.

Here is what I want to highlight though.

Over two years ago Conrad and I discussed the “good cop / bad cop” tendency & strategy. He wanted to take a turn at being the firm one, as I was the one more verbose, more reactive to Jackie’s need for discipline. I was the one speaking her language off the bat. In more ways than one. To my surprise, she would be more attached to me, despite my boundaries setting, or maybe because of them. Conrad was the fun one, the easy going one, catching up with the language. Being the coolest daddy.

But I was making a lot of decisions on my own. I didn’t realize it then, but it was so much easier than now, when Conrad and I have a say in things, and we butt heads occasionally. It is yet another layer of vulnerability in trying to manage family life in unity.

As I mentioned previously, I used to be the one who got annoyed or angry more. Or so it felt. I journeyed through introspection, observing myself and others, reading a lot, making conscious decisions and sticking to them even after i failed a few times.

But it was a singular journey. And until I figured out my own shortcomings, until I surrendered my guilt and limitations to God, I didn’t notice how far I’ve journeyed …from Conrad. He is just figuring out and dealing with Jackie’s ever growing vocabulary and sassiness.

Or take romania for example. It has many shortcomings and the honeymoon phase of my foreign husband living as an expat has worn off. A while ago.

I’ve tried different approaches to anger management. I would offer to him my solutions, the ones I grew into over time. I would share “cliff notes” about anger management. I would freely give him my perspective. It always works, with persistence and wisdom. Overtime, for me it got to be exhausting. Occasionally I also let him run his course. I kept my mouth shut. But it caused me to detach myself from my husband and from the issues at hand. It was actually easy in the moment but not great long term, as I’ve come to find out.

We have the best intentions. We still do, Conrad is a good listener, open minded, humble and willing to change. At least to try. But sound solutions are the ones we decide on and keep at them. Tried and tested. And never discount the power of God. Take him as ally on the journey.

I read this great article today.

It is our prerogative to rebuke our spouses with clarity and grace. To build our houses, in wisdom, lovingly, courageously.

Overcoming my own temper, I can put myself in his shoes. Sometimes I call him out in moment. Most other times we have conversations afterwards. I weigh my words and envision how my input would be received or be effective.

It’s silly to say, that short and clear guidelines are most effective. Even for adults. “Apply this, for a month, and then let’s look back together.” With mostly love and no condescending tone. The point is long term change not alienate by just making the other one aware of how broken or lost they are. Because aren’t we all?

“A strong marriage rarely has two strong people at the same time. It’s a husband and a wife who take turns being strong for each other in the moments when the other feels weak.”