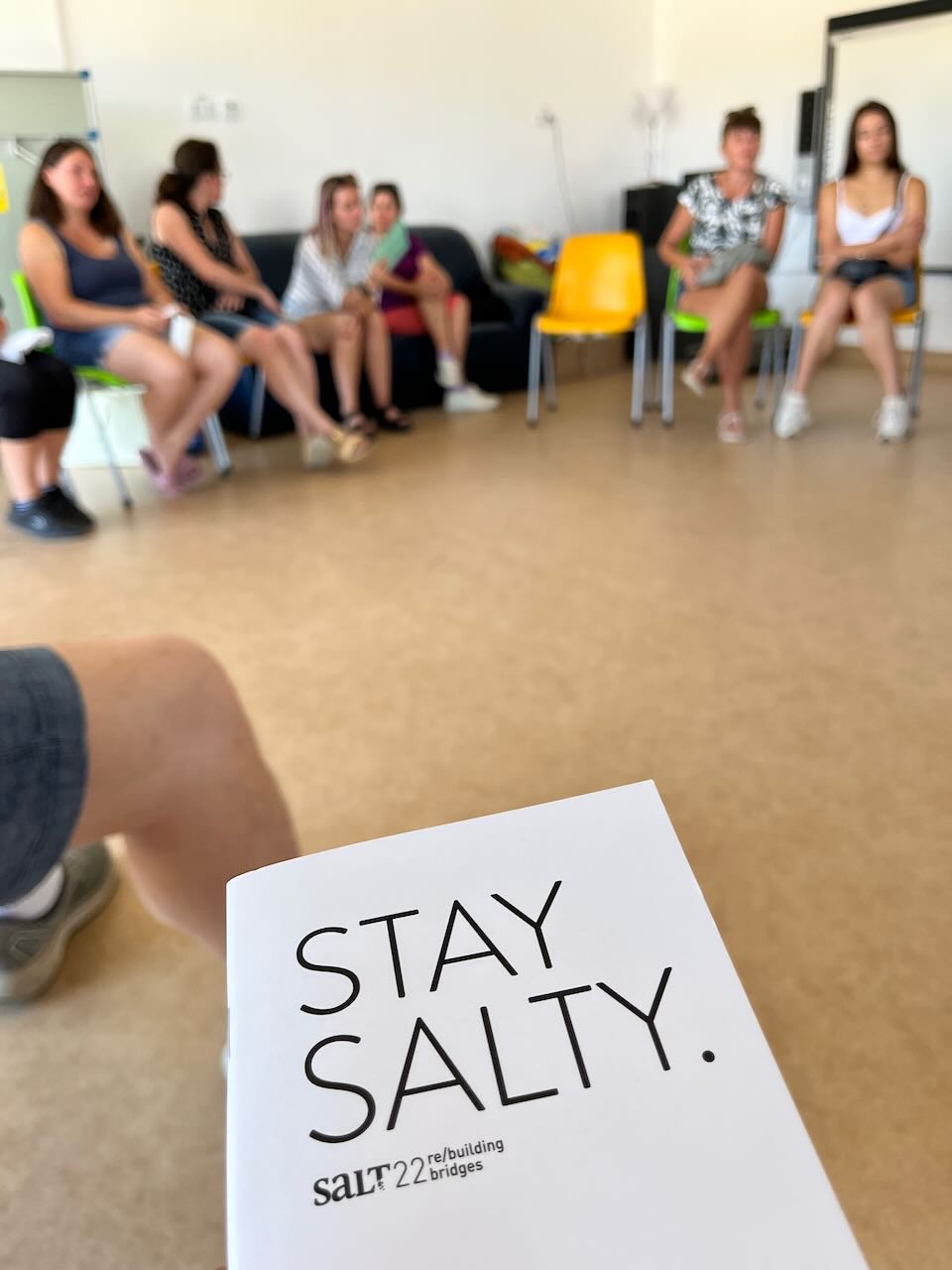 People who have cared for refugees, who serve so selflessly still, even if they take days to refresh and refocus on their own family, they are touched by secondary trauma.

We are by nature empathizers. We are motivated by other people’s needs and fueled by an unexplainable love and connection. Since the war began, we didn’t avert our eyes. We held hands with those near us and stand strong on the barricade. We reached out, we pulled out, we embraced and we allowed ourselves to feel the pain of others.

I’m not talking about the salt team only. This week we have served the front liners. On some days we gave them space to share and hear their stories. And they are heavy. Heavy and complex, long term and intense.

The people who chose to get involved, suffer too. And processing pain is paramount, acknowledging your own trauma being exposed to danger, driving into Ukraine, serving in so many ways… you are beyond tired. Not just physically tired, but a bone dry tiredness that can steal away the joy for the mundane blessings.

Midweek we spent two hours in a circle with a group of refugee women. We landed in their midst after a tense prior day.

From far away we assume that the main feelings that refugees feel are fright and sadness. But as the time passes, and things don’t get resolved, and life is still in suspended animation, news of the war are still rampant, women who have been so strong for their children are on the verge of breaking down.

It’s been five months since the war started. Their initial trauma has scabbed over. It’s healed Crocked. It hurts. It’s not a clean wound of the heart. How could it be. The illness has not passed. But This is a precious time to air out, to vent, to empathize with others who walk the same walk.

Many of the Ukrainians avoid the company of other Ukrainians. It’s a natural reaction to exposure to pain. It triggers their own. On the other hand they may also not like some of their own people. It’s easier to convalesce when your own family is not around. Maybe you get full attention and empathy.

Hurt people hurt people. But we all have hurts. Some deeper than others. Some fresher than others. This is not a time to compare hurts. When you are broken and in pain, if you manage to lift your attention from your own hurt and see another, it’s the beginning of healing. Of freedom from self pity. The beginning of connection and hope.

My friend got sharp pain in her stomach just from being in a room oozing of silent furry.

After deep fear and sadness, disbelief, emotions don’t layer neatly. They jumble. And even that is part if the process, but even in a storm of emotions, we each need to keep our eyes focused on the light. Somehow, desire the exist from the messy storm of emotions. They become comfortably familiar. What are you to do with the confusion and ness of your life if you don’t have furry, sadness, hate. They give a false sense of control, of purpose. At least these feelings are familiar. Nobody took the time to validate them, because everyone was in shock. Naming them helps us take the first step in moving out of them.

If you were the only one feeling anger towards the war, towards the people that hurt you, it would be more manageable. But when you see your own kids hurt, your friends distraught, you feel entitled to hate some more, to hate a little longer.

Are we wrestle with and witness a slew of unfiltered emotions in a large room of tears and confusion, we also get affected. And we store up unnecessary hurt. We hold it lightly together, we cry with those who cry, we name our own emotions and we pray for healing.

We are not experts. But I think even the experts are overwhelmed. How can a handful of people, book smart, heal a whole nation. We, the regular people, the neighbor, the cook, the friend, the colleague, we gave the power to walk along with a stranger who becomes a friend. Use our god given intuition, love and listen, hope with them, cry with them, retreat and refresh, offer a new perspective at times, don’t just wallow in their pain, practice reciprocity and with our imperfection we may get somewhere out of the darkness, of hate, of deep unimaginable uncontrollable pain. We avert our eyes, but we sit in silence shoulder to shoulder, and we pray for respite.