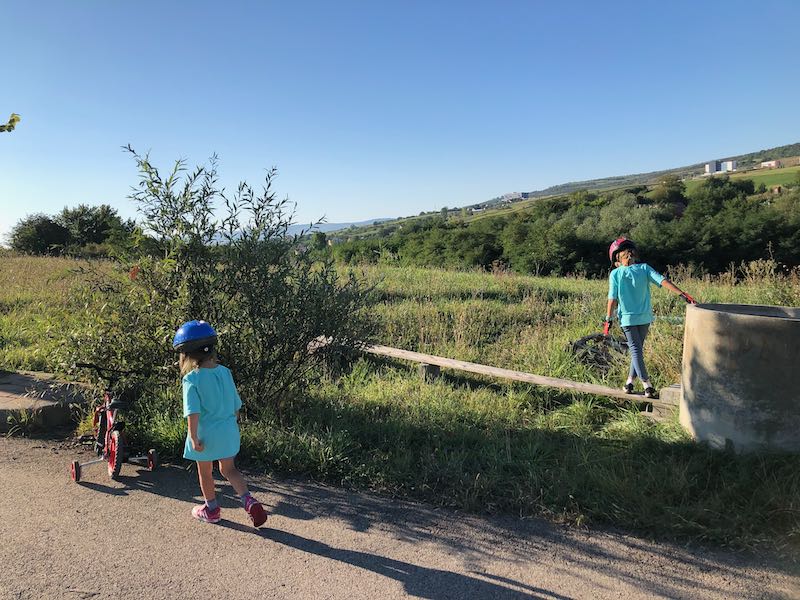 Some things need to be learned the hard way… even if it’s not really that hard.

We told Ivy to put covered shoes on, just in case she want to ride her bike. She politely declined. Nope. She was certain she won’t ride her bike. “At all!” Even Jackie tried to persuade her, as she was getting ready for the ride.

I wanted her to learn her lesson already. Walking up to the apartment to change is exhausting and unnecessary. But something inside prompted me to teach her another lesson instead. So I said: “ok. Let’s go change.” As I was helping her put socks and shoes on, she caressed my head and said: “you’re such a good mom.” No explanation. No prompting. And she has done this many times. We went out and she did ride her bike with Jackie. And we walked alongside them. Occasionally pushing Ivy uphill. The lesson this time was learned by me. To go the extra mile, and be a good mom because for my little Ivy, the extra mile never goes unnoticed.