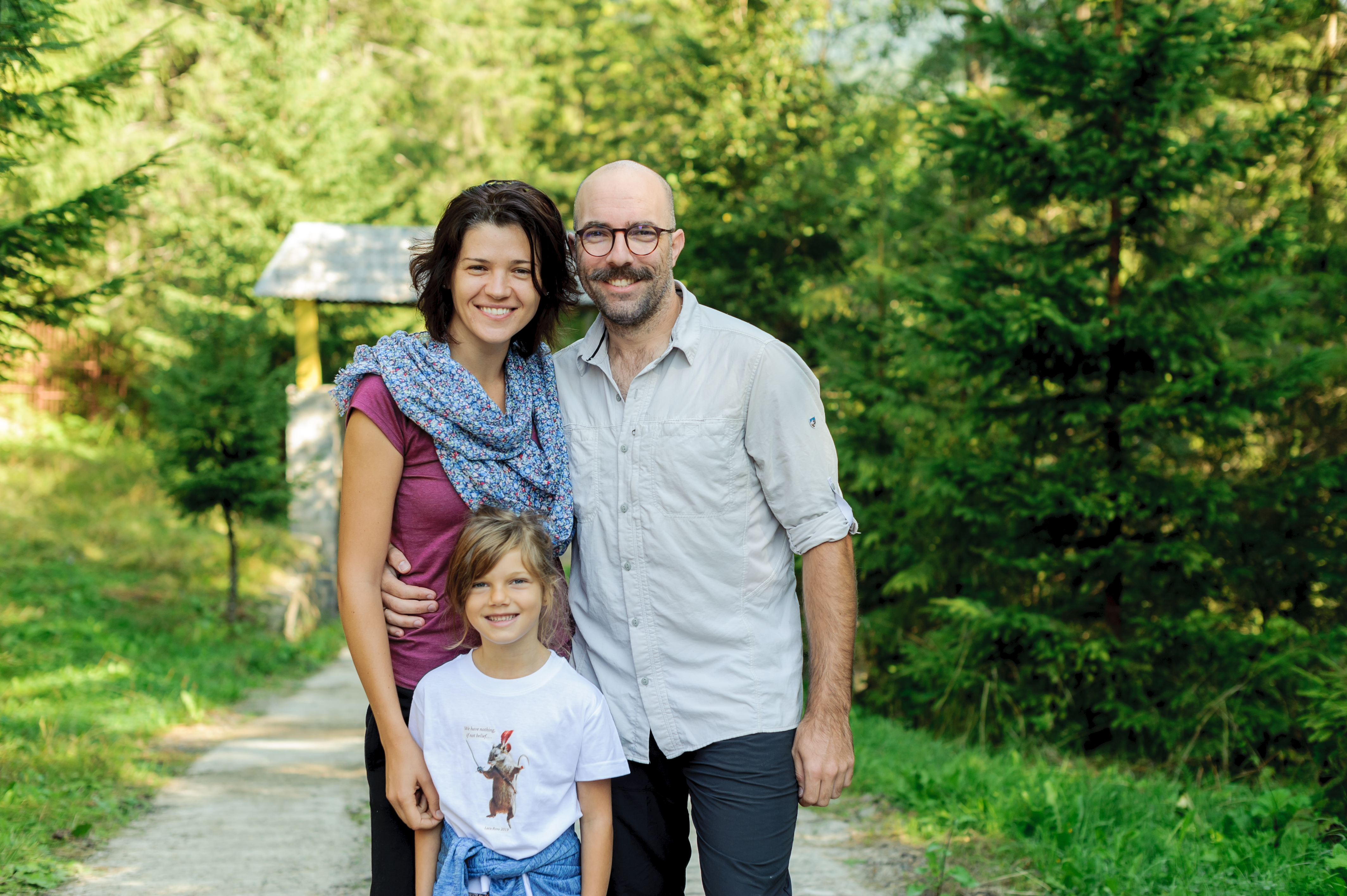 This last month, cleaning away the dirt, the dust, the unnecessary crud, I felt light, and present, and clear.

But this nakedness of mind and of soul brings on a raw sensitivity to light, to pain, to hope and reality.

I have a vivid imagination when it comes to danger. I always did. But I’ve always had some type of emotional padding, of inexplicable faith, an abandonment into God’s care.

We arrived to Lacu Rosu after noon. We took a hike on a new trail at the top of the mountain. After a few miles Jackie and I went back to the car and Conrad continued on to cross over a few more peaks and reach the Cabin on foot, from the other side. He walked 18 km then. There was no cell signal whatsoever. I didn’t quite know how long will it take him to reach his destination. But as I walked back, I passed a huge group of cows. They are dull animals but the loud bell noises in that deafening wilderness silence made it seem eery.

We passed the area with large guard dogs. Jackie was flailing her arms and the dogs started barking, coming toward us. There was also a big blue van parked by the path, in the middle of nowhere. It was just Jackie and me. No phone signal, nobody else in sight for miles, except the middle distance shepherds.

I was tense. My stomach in knots. And then, on our path, I nearly stepped on a black snake. By the time I drove to the cabin I was still shaking.

Meanwhile Conrad kept hiking, through shepherds land, for another 4 hours. No phone signal. He had his expensive camera, and a knife. I worried. I texted him. The message went through but I didn’t get a response. He did reply but by the time he lost the signal, the message didn’t go out.

I don’t know if it’s just hormones, the memory of Conrad’s cancer, or simply the fact of parenting, waiting to meet and adopt our second daughter, my imagination runs wild, or the multitude of bad news flooding our society, that I worry more. I have to make a conscious effort to cling onto God, to pray for his protection and providence. And to have faith.

Having people depend on me. And me depend on others, emotionally, socially, I realize how vulnerable we are as humans. As we expose to love we are more vulnerable albeit stronger than ever.