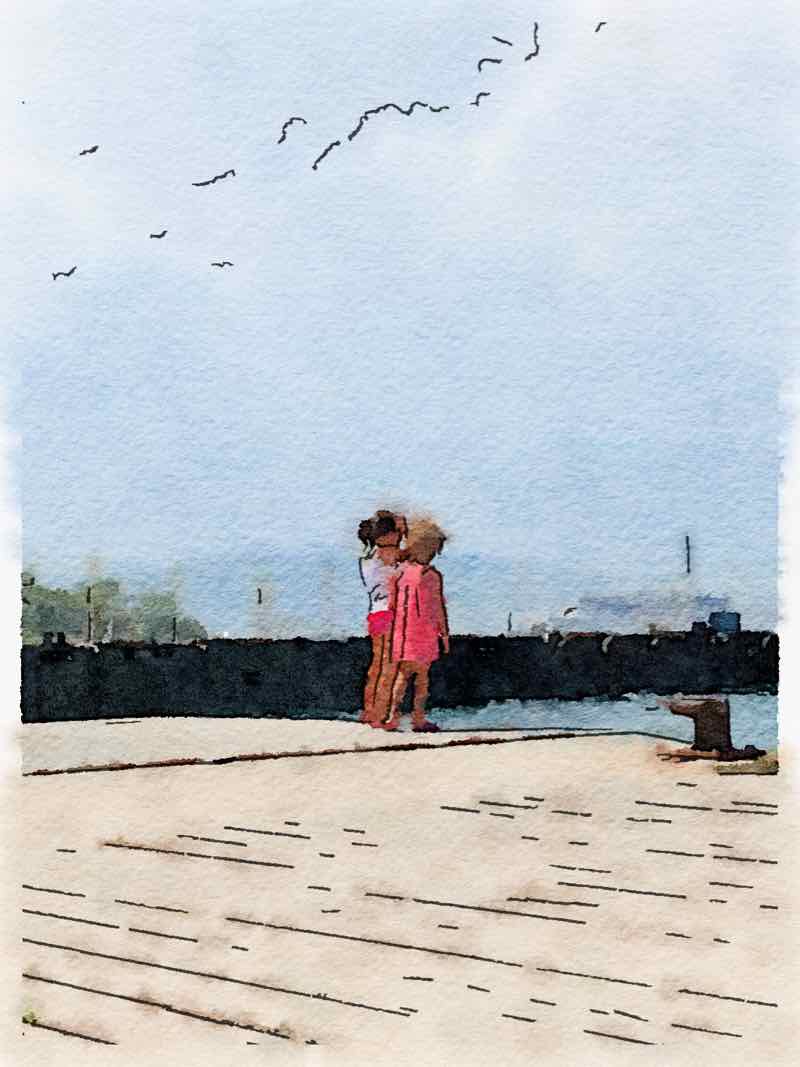 Twisting the reality feels powerful. In parallel it is also a creative process. What I want to share is about the natural consequences of (not) telling the truth. I’d venture to say that we’ve all tried it. Most of us lied at some point. Generally speaking, kids do it to get out of trouble. Adults do it to obtain something, and sometimes they call it diplomacy and lie through omission.

Without planing on it, we stumbled on the reason why we keep telling the truth, even when it’s hard to do with consistency. It builds and maintains trust. Jackie put it into words the other day: “if we don’t trust each other what’s the point of it all.”

Keeping ones’ word, no tricks, being honest… It takes commitment.

Jackie is disarmingly honest, but lately she is testing the waters, to see what she can get away with. Reading the entire Kids Bible at bedtime a month ago I stumbled upon the Ten Commandments. I knew them, yet having them all in context, nicely written and read out-loud, I saw them as a brilliant reference for guiding her at this age.

She has a thirst to understand our moral code. She questions everything. It’s so life-infusing and so annoying at the same time.

The last commandment is about not coveting what others have. Such a good one to reference often! Another one talks about language, another about honoring the parents so the children would live a long and fulfilling life.

She is under the impression that I have superpowers and that I know and see everything. Because I am intuitive about life. And I’ve been five too.

The other day she showed me a plastic worn trinket. She said a colleague gave it to her. After a moment of silence she told me to not ask her teacher about it. I looked her in the eyes and said: “please tell me the truth”. I waited with a kind face, as kind and patient as I could muster. She then admitted. “I stole it from kindergarten”. We agreed that she will take it back, and I thanked her for the courage to tell me the truth. Then we talked about stealing. I told her that when I was her age I stole an Easter egg from my aunt and brought it to grandma bowl of red eggs. It felt wrong then and It haunted me a long time. She laughed. Then she said: “I’m sure that if you were my age would we have been best friends. I would have stolen eggs with you and brought them to gramma’s house.”