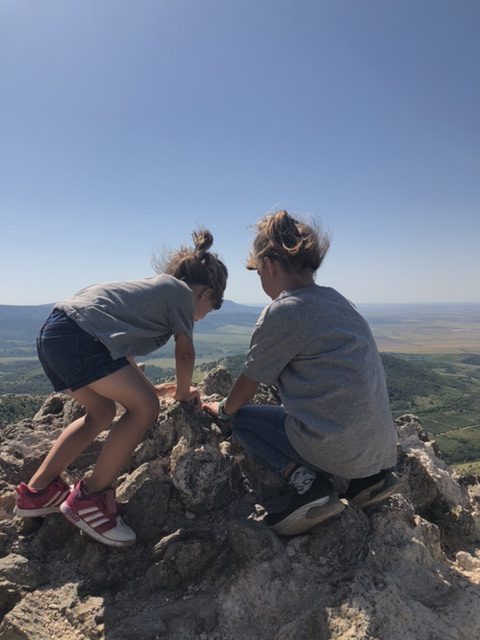 Yesterday we discussed about disciplining. At length. Jackie loves these philosophical conversations, situational, theoretical and practical.

we reminisced about a time when Jackie said we are the most strict parents. And no other parent scolds their children as much as we do. Understandable sheltered perspective. I never saw other parents angry at their kids growing up. I was under the mild impression that other parents are kinder. But I still loved mine and wouldn’t trade them.

once, while on vacation, my friend raised her voice at her kids in an intimidating manner. They pushed her buttons for days. There was no mistake about her communication. She has patiently, explicitly, repeatedly asked them with specificity to behave. Anyway, the dragon in her surfaced and it was the best lesson for my own daughter. Other parents scold their kids too.

a few months ago, jackie and her friends were talking about misbehaving. And I don’t know who started exaggerating first, but they were laughing and exaggerating more and more. We had a talk then about lying 🤥 and it’s natural consequences. It is dangerous to make a habit of lying. It erodes trust. And it delays the conclusion of questionable events. what were the kids bragging about? How their parents beat them. I must say, some kids are gifted story tellers, natural sales people. This kid was saying his parents beat him with the rolling pin, and other objects around the house. It made my heart sink, worried about how things can get out of hand, or how much of it is true. It reminded me of a funny note a kid brought home from the teacher: “dear parents, don’t believe everything you kid says about me, and we promise to give you the benefit of the doubt as well.” Or maybe it was the parent who sent the note to the teacher…

we’ve had our last evaluation today. Ivy and jackie were hipper. The house was relatively tidy, they were goofy and joyful and especially chatty. Soon, our daughter will be officially ours, with a new birth certificate issued, and her new name. And we can celebrate in full.

I’m not sure what possessed Jackie, but as I walked into the room, I overheard her say they love to take baths and play, but they aren’t allowed to pour water over the tub, because I beat them. I laughed. Because it’s hilariously absurd. Nobody said anything on the matter. Maybe I misunderstood. But I asked her after lunch about what I heard. She said she doesn’t remember saying that. She seemed embarrassed. And we had yet another a conversation about truthfulness and the importance of it. The one time they poured water overboard to the point of flooding the bedroom, we scolded them, and the bath ended abruptly so we could drain and gather the water. Ivy starts to cry even if you look at her with a frown, or you say a stern “no”. Evelyn is super obedient. Jackie is Otherwise defiant.

I wonder if other parents struggle with helping their kids to tell the truth always. A friend wrote her doctoral theses on this topic. We started early, presenting the benefits of truth telling and the trust it fosters. We tried to build it as a positive foundation and yet, here we are, struggling as every other parent, with a challenge of exagération and vivid imagination.

Jackie has even said: “you know, I sometimes tell a lie and you don’t catch it.” I bring in the discussion God’s rules, not mine. I won’t be there to always catch or correct. Her truth telling is about her integrity, and freedom, and power. Being trustworthy is a highly appreciated value.

I am left to pray. For her destiny, her character, her inner beauty to outshine her outer one. Everything I teach them, show them, pour into their hungry minds and hearts, I pray God will bless and use and make lasting into their adulthood. And always be trustworthy.